Progeny Description
Yes, this is THE Jordan-Red that made waves nearly 20 years ago. After finding out recently that there was a significant bank of semen on this solid-breeding bull, we decided to bring him back into circulation.

Jordan-Red, bred by Mark Yeazel and owned and controlled by ABC Genetics, is a bull you can count on to hold up his side of a mating. Being a 3-4-5 coded bull, he breeds exactly that way: wide, deep-bodied cattle with plenty of strength and stamina.

Jordan has had a great impact in Europe, siring many outstanding cattle. Most notable of these is Suard Jordan Irene-Red (EX-97 5E). Irene has wowed the crowds all over Western Europe, produced multiple EX daughters, and has several sons in AI.

With thousands of daughters world-wide, Jordan also excels in Fat and Protein. 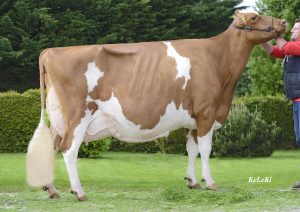 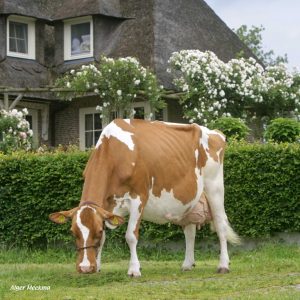