Progeny Description
We are pleased to have gained marketing access to this proven bull, owned and controlled by Global Genetic Resources in Wisconsin. Savage-Leigh Ludwig is a bull with many things in his favor. This Shottle son is from the famous “Licorice” family which was bred and developed close to us in central Maryland.

This cow family in known for it’s show-winnings and high production records. One of the most impressive members was “Leona” the EX-96 Allen daughter who proved herself strong in the show ring and as a brood cow. Ludwig’s dam is an EX-94 Talent daughter who made over 200,000 lb in her own right with great components.

We have seen many great Ludwig daughters. With his ability to sire high scores, high production, and high components, along with A2/A2 milk, this bull is a no-brainer to fit into the Triple-Hil lineup. 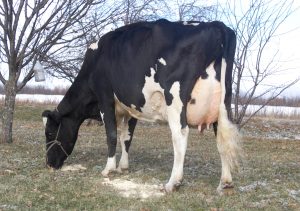 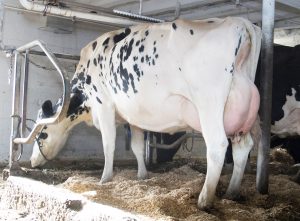